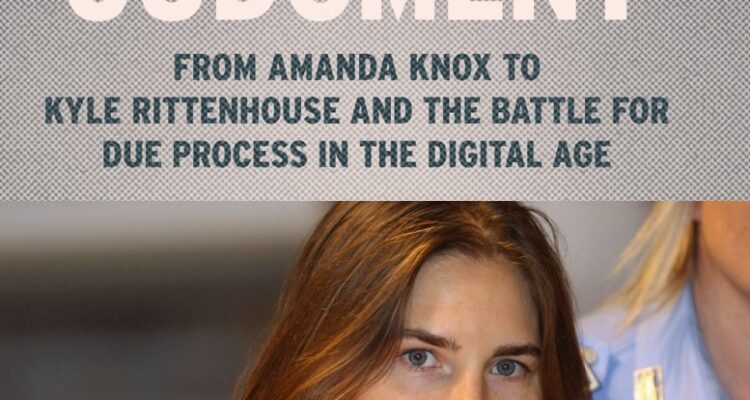 Q & A with Authors of ‘Justice in the Age of Judgment’

How much research did you undertake for this book, and how much time did it take to put it all together?

We spent several years researching the cases in this book, and as we wrote new events unfolded, including the cases of George Floyd, Kyle Rittenhouse and Ahmaud Arbery, that we felt were relevant and should be included as well. Anne was personally involved in several of the cases, either as personal attorney or in other ways, including Amanda Knox, Mary Kay LeTourneau, Rebecca Zahau, and Betty Broderick. She also attended the trials of Michael Jackson, Casey Anthony, and Scott Peterson, and covered these cases as an on-site analyst for national TV.

What were some ideas that were important for you to share in this book?

A central focus of the book is how the media, including social media, have an impact on high profile criminal cases, and how they can influence and promote quick opinions that are often different than the facts as they are presented in a court of law.

What do you hope is one thing readers take away from your book?

That our legal system is worth fighting for, that decisions about guilt or innocence need to be made in a court of law, not in the court of public opinion.

From Amanda Knox to O.J., Casey Anthony to Kyle Rittenhouse, our justice system faces scrutiny and pressure from the media and public like never before. Can the bedrock of “innocent until proven guilty” survive in what acclaimed Seattle attorney and legal analyst Anne Bremner calls the age of judgement?

In Justice in the Age of Judgement, Anne Bremner and Doug Bremner take us inside some of the biggest cases of recent times and offers her expert, thought-provoking insights and analysis as our legal system faces unprecedented forces fighting to tip the scales of justice their way. Why couldn’t prosecutors convict O.J. Simpson despite all of the evidence seemingly proving he killed his wife Nicole? Could a jury remain unbiased in the face of overwhelming public pressure in the trial of Minneapolis police officer Derek Chauvin for the murder of George Floyd? Why was Kyle Rittenhouse exonerated after shooting three people (killing two) with an assault rifle at a violent rally despite widespread media reports seemingly proving his guilt, and national calls for his conviction?

“Anne Bremner, my longtime friend and colleague, is a trial lawyer through and through! In Justice in the Age of Judgment, Anne takes you on a true-life, high-speed roller coaster of life in the courtroom. We ‘camped out’ at many courtrooms, never missing a minute of courtroom action, then nearly came to blows on air over our VERY DIFFERENT ANALYSIS! Anne Bremner weaves a narrative of what REALLY happened in and out of court on some of the most high-proﬁle cases such as Tot Mom Casey Anthony, Michael Jackson, and more, as only a true trial lawyer can! Tell it, Anne!”

“Insight and inside—the Bremners bring all of those attributes and more in this brilliant book that will have you pausing between chapters as you re-think some of the cases that have deﬁned our culture and fed our true crime obsessions.”

Anne Bremner, JD, is a trial attorney and one of the nation’s most recognized legal analysts. Her decades-long practice emphasizes civil rights, catastrophic loss, defense, and criminal law. In her thirty-five years as an attorney, she has been lead counsel for numerous highly publicized court cases. As a contributing broadcast legal analyst, Bremner appears regularly on national networks including CNN, Fox, CBS, NBC, MSNBC, the BBC, Court TV, and others. She has been voted one of the best lawyers in Seattle and one of Seattle’s Top 25 most influential people. She is a Stanford graduate and has a perfect AVVO rating as an attorney. She lives in Seattle, Washington.