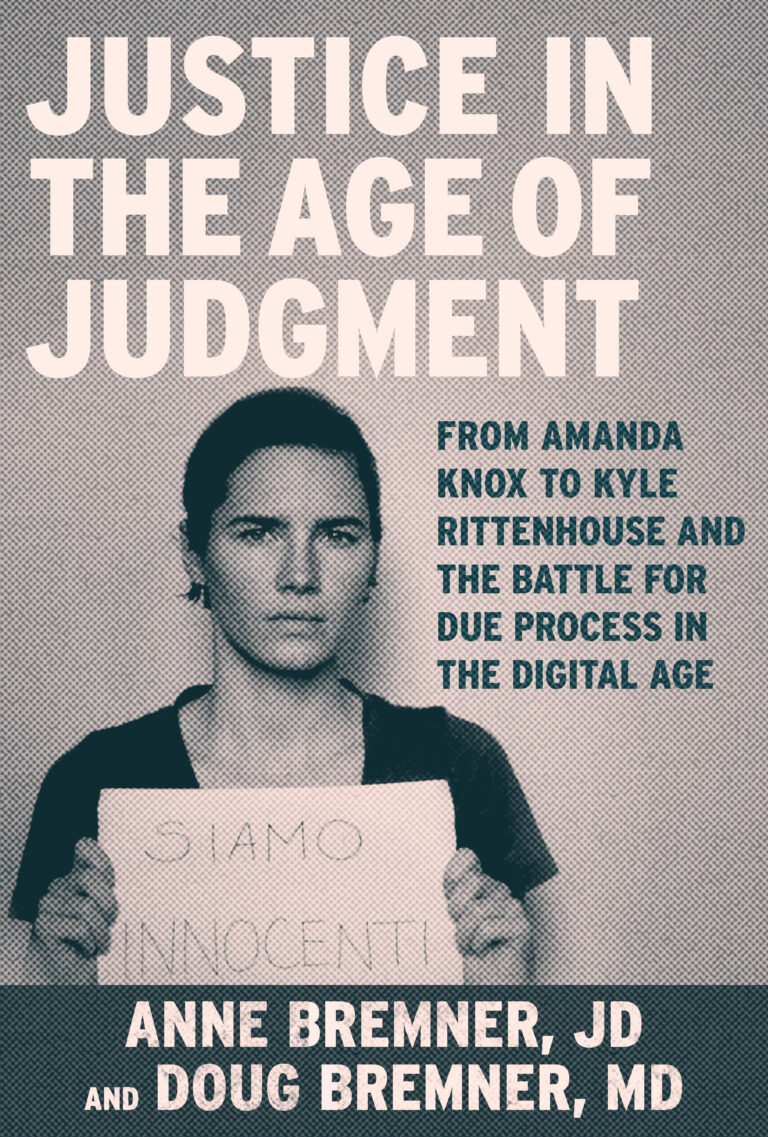 Justice in the Age of Judgment: From Amanda Knox to Kyle Rittenhouse and the Battle for Due Process in the Digital Age

For release Nov 8, 2022. Published by Skyhorse Publishing and distributed by Simon & Schuster, available for pre-order from amazon, barnes and noble, kobo, google play, and apple books.

From Amanda Knox to O.J., Casey Anthony to Kyle Rittenhouse, our justice system faces scrutiny and pressure from the media and public like never before.  Can the bedrock of “innocent until proven guilty” survive in what acclaimed Seattle attorney and legal analyst Anne Bremner calls the age of judgment?

In Justice in the Age of Judgement, Anne Bremner and Doug Bremner take us inside some of the biggest cases of recent times and offers their expert, thought-provoking insights and analysis as our legal system faces unprecedented forces fighting to tip the scales of justice their way. Why couldn’t prosecutors convict O.J. Simpson despite all of the evidence seemingly proving he killed his wife Nicole? Could a jury remain unbiased in the face of overwhelming public pressure in the trial of Minneapolis police officer Derek Chauvin for the murder of George Floyd? Why was Kyle Rittenhouse exonerated after shooting three people (killing two) with an assault rifle at a violent rally despite widespread media reports seemingly proving his guilt, and national calls for his conviction?

Anne Bremner, JD, is a trial attorney and one of the nation’s most recognized legal analysts. Her decades-long practice emphasizes civil rights, catastrophic loss, defense, and criminal law. In her thirty-five years as an attorney, she has been lead counsel for numerous highly publicized court cases. As a contributing broadcast legal analyst, Bremner appears regularly on national networks including CNN, Fox, CBS, NBC, MSNBC, the BBC, Court TV, and others. She has been voted one of the best lawyers in Seattle and one of Seattle’s Top 25 most influential people. She is a Stanford graduate and has a perfect AVVO rating as an attorney. She lives in Seattle, Washington

Type to search or hit ESC to close
See all results